Revolution of capitalistic economy: toward the common good #econrevolt 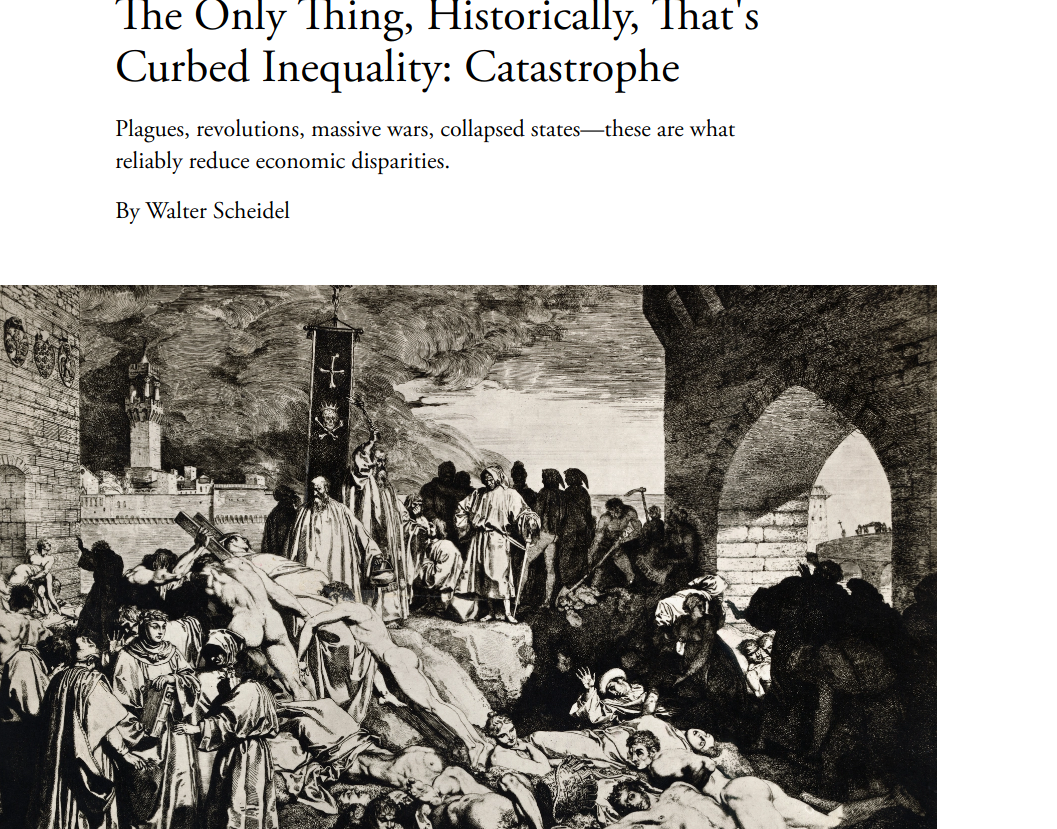 Capitalism is broken. The 2008 financial crisis came and went and another crisis is being predicted in 2018. Crisis are caused by the economic financial-political system unable to reform itself. Multinational organizations are able to con the nation-states that speak for the civilians of this earth. Finance is manipulating the political economy (Stiglitz, The great divide 2015: part 1; Of the 1 Percent, by the 1 Percent, for the 1 Percent).

In this design we will not debate the need for a different design of the economic political system. We will simply assume it is needed and from there on try to design a radical new economic system configured to make society and well-being the goals of political economy.

The revolution will come, but we need practical ideas to shape its outcome

When the next financial crisis indeed arrives, and the banking system again has to be saved by tax-payers, it is time for a revolution. However, anger and revolution cannot built a just new order. A revolution will make currently unthinkable solutions possible, but what solutions? We need guides toward a new and fair and robust economy, and we need to write them now.

Much anger is out there against the 1 percent, but not many radically new ideas / solutions are yet to be found and discussed. A good place to search for such new ideas might be outside the now ruling financial-political system: cybernetics and system thinkers are ideal in formulating solutions for systems, whatever the content of such systems.

This writing is an attempt to start a discussion of possibilities to use after the economic revolution. Please refer to it on social media and elsewhere by the hashtag #econrevolt

Below I will sumn up as briefly as possible the revolutionary ideas as concise as possible. Criteria for the design can be found in appendix A.

The three levels will be

A) Level one is built by general goals. This level can be seen as a political economic Europe- or world-wide constitution.

B) Level two consists of different sets of mechanisms or means to use to achieve goals in the constitutional level. , so sufficient money can be raised and

C) Level three consists of configurations: Specifics of howto configure and re-adjust the mechanisms best to achieve the goals.

A. Goals that together should form a new Political Economic Constitution

The goals set about here are not means to be exclusive. Undoubtedly I have forgotten important goals. But the core of thinking conists of this set

B. Mechanisms to achieve the constitutional economic goals

We want to achieve societal and individual goals with this economic system design. To do so we will need to direct money from the financial system, where large investors and corporations rule the world, to the real economy where people live, and to governments, so they can organise the parts of well-being that do not work well under market-mechanisms. To do that they need money and therefore taxing is needed.

It is not the aim to abolish capitalism: cafes, businesses, trade and so on should not be run by political parties or ministries: capitalism runs them fine. Capitalism is a good and fine mechanis for people to thrive in. But the global financial markets and corporations have gone off to fend for themselves, divide and concer nation states and outsmart the common good.

It is this last aspect that needs change. The mechanisms below do this in several ways:

Capital gained is no longer guaranteed, but must be counterbalanced by the rights of human society to well-being. There are e number of essential mechanisms usable to make sure capital is usable where needed:

I. Capital tax. The international financial system has stockpiled enormous amounts of capital. But it has no longer the right to hold on to this money. The following forms of taxes should be put in place:

Corporate profiling. To make sure investment taxes are not avoided, mechanisms will be put in place to counteract avoidance: Corporations that want to sell services or goods will be profiled. If corporations are not paying their fair share of taxes, they will be taxed differently

Profiling will take place to assess the following:

According to profile gross-turnover tax must be payed.

Explanation: A Hungarian company sells wood in France for housing. This company is financed by a bank from New-guiney. No investment-tax has been payed when this financing took place, because there is no investement-tax in New-guiney.

The imported wood is “tainted” by the IT profile of the seller. Therefore the wood will be taxed according to a higher tax profile. If the seller was financed by a transaction where investment-tax had been payed, the wood would have been cheaper. Therefore goods by “ ethical” sellers will be cheaper and the financial system will be guided toward ethical behavior.

Some specifics on profiling

FAQ. Decisions like in the FAQ are part of C: specifics of system configuration

Again, the specific profiling variables and methods are a matter of fine-tuning and further policy making. The goals is well-being of local people in local economies. Profiling and taxing accordingly should be a proxy of these goals. Counteracting banks that are too big too fall seems to be a legitimate goal here. So taxing of Deutsche bank trading should be higher.

V: Product, investment and other accounting by blockchain

If you want to tax products, corporate investment and other variables on the basis of profiling, a mechanism must be in place to record such profiles. Proposed are blockchain mechanisms.

This means every trading and investment organization must have a running profile of its Tax-profiles online at all times for Tax-authorities to use for taxing.

Civilians should be able to afford housing, schooling, afford food and so on as set as the goal of a new economy.

Because land and housing is relatively expensive the financial system speculates and uses its power to create bubbles, where civilians are pushed into debt they cannot avoid. However, housing is an essential part of well-being. Therefore the following mechanisms will be put in place:

While climatechange policy could and should be in corporate ethical profiling, it is such a huge problem it should have mechanisms of its own that can target more items at the same time.

So, policies to combat climatechange could be:

A goal of the design is to include people in their society. A second goal is to provide a good public sector with healthcare, education, justice systems and so on.

The new influx of financial-taxes creates room to radically lower income taxes for normal civilians. Income taxes should be around 5-15% max for the first 75.000 of income in the Euro zone. When public housing prices fall, this can also result in a reset to lower incomes while maintaining well-being. So policies around income-taxing should include:

Once mechanisms are chosen they must be specified: how high must investment-tax be?

How will we divide investment-tax once it is collected? How high should public housing cost be?

For now we will be glad to leave such question for others to explore.

Appendix A: criteria for a good design

A good design of any economic system should adhere to the following criteria: